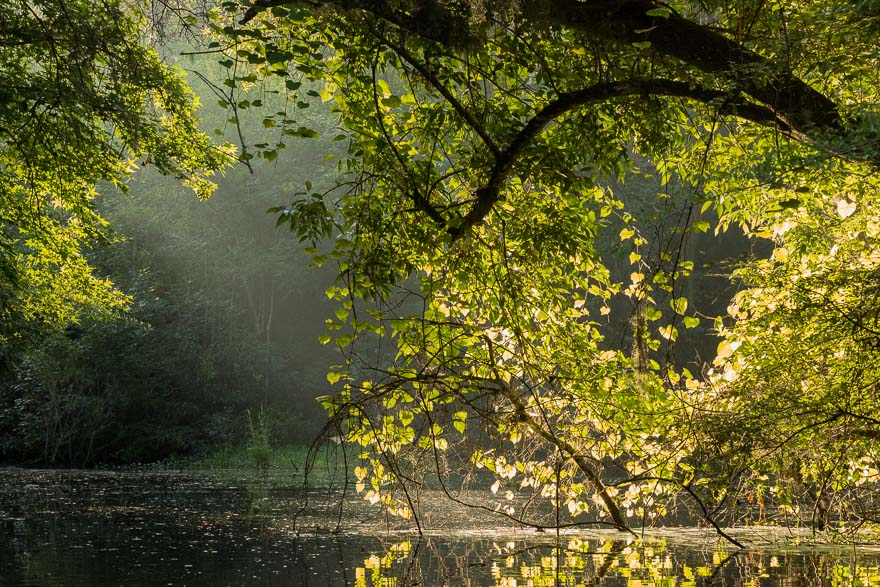 Deep Creek is back in green. I was fortunate that high tide was at 9:30 am, so my arrival at 7 allowed me to avoid much of the fallen logs that plagued me on my last two outings. Temperatures were mild and the mosquitoes and flies were well behaved. And yes, I’m going to complain about the weather again because the “partly cloudy” forecast means some clouds and there were very few. The sun came screaming into the creek by 8:00. I headed west towards the river in anticipation of some overcast conditions, but after 30 minutes in the sun I decided to turn around and head back upstream. You could still find some areas in shadow but for the most part the direct sun was what we had. I would say all of the leaves are grown out, some of the foliage still had that fresh green look. Summer doesn’t actually begin until June 21 so this is still technically Spring, but this is the Summer look for the next 5 months. 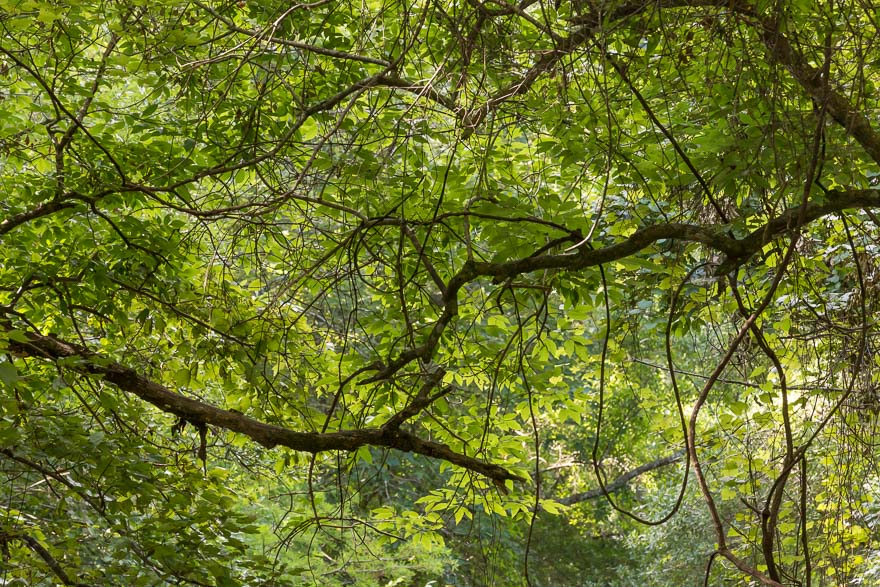 I made it quite far upstream. It looks like someone had done some clearing and cutting of a few large branches that had stopped me short on my last trip here. There were still plenty of fallen trees and logs crossing the stream bed but the high water allowed me to squeeze by. The turn-around log actually had a bypass on the side but the tide was going out and I didn’t want to be trapped with no way out. As the morning progressed the sun got stronger but for a brief moment it started to rain and I thought the clouds were moving in. But it was all short lived and the sun was back – actually it was a beautiful day. 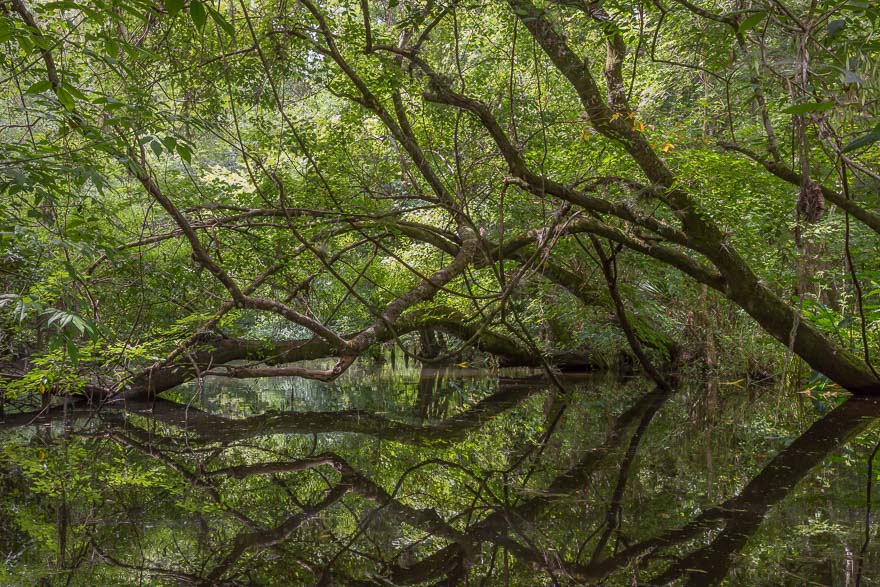 On trips like these I get frustrated because it takes an effort to pack up the boat and an hour to drive out to the site. Summer in Florida means sun, especially in the mornings, so I constantly look for those “mostly cloudy” forecasts. You just have to deal with what you have and make the best of the outing. I was actually pleased with the images and shot a lot less due to the conditions, which made post processing much easier. But every outing carries a level of expectation, and we can’t get carried away with that mentality. It is is a great privilege when we are given a time slot in our lives where we can be in solitude outdoors on our own terms. I need to remember that and cherish the time. My outings are not always about photography (although I often forget about that), so if conditions aren’t optimal, then it’s ok. There are other reasons to be where I am, and today was a great example of that.