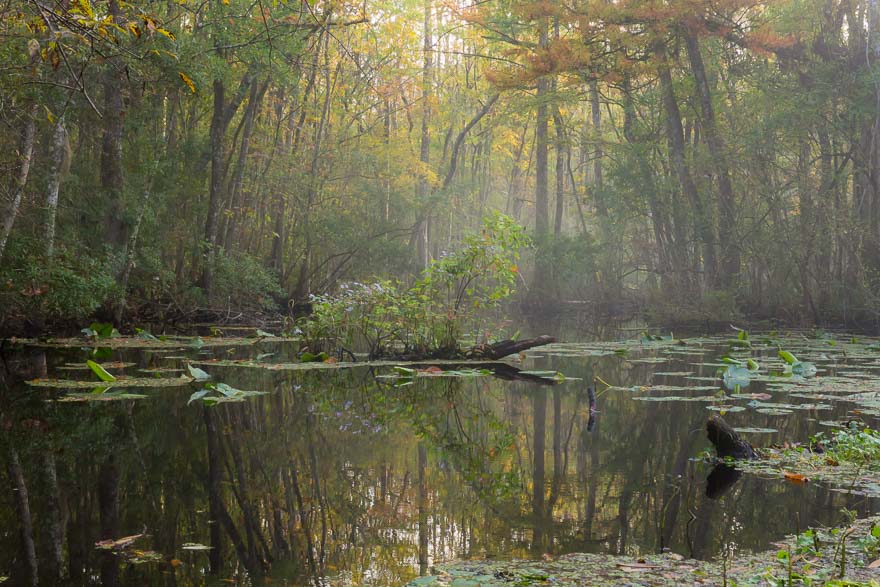 It’s been a few weeks since the kayak has seen any water. I arrived at the St. Augustine Road launch a little before sunrise and saw that the Spatterdock has largely died off allowing a clear path up Big Davis Creek. I was excited. There was some lingering fog on the water and plenty of very large spider webs. I paddled for about a half mile and was turned around by two big trees blocking access. As I turned around I noticed that my light had changed. I much prefer side/backlight. The frontal light was bright and not creating the landscapes I was looking for. There were still lots of leaves on the trees although the overall color had definitely changed. I found a small tributary stream and made my way as far as I could. I was surrounded by autumn color.

As Big Davis ended I made a right onto Julington Creek. Some familiar scenes were in the process of transformation and it was nice to see some colors other than shades of green on the trees. By now all of the fog had burned off and the sun was trying hard to make its way into the creek. 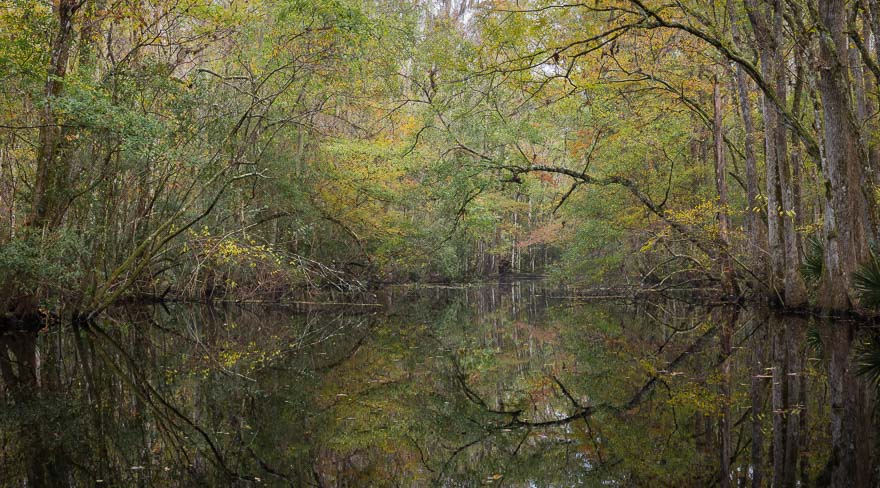 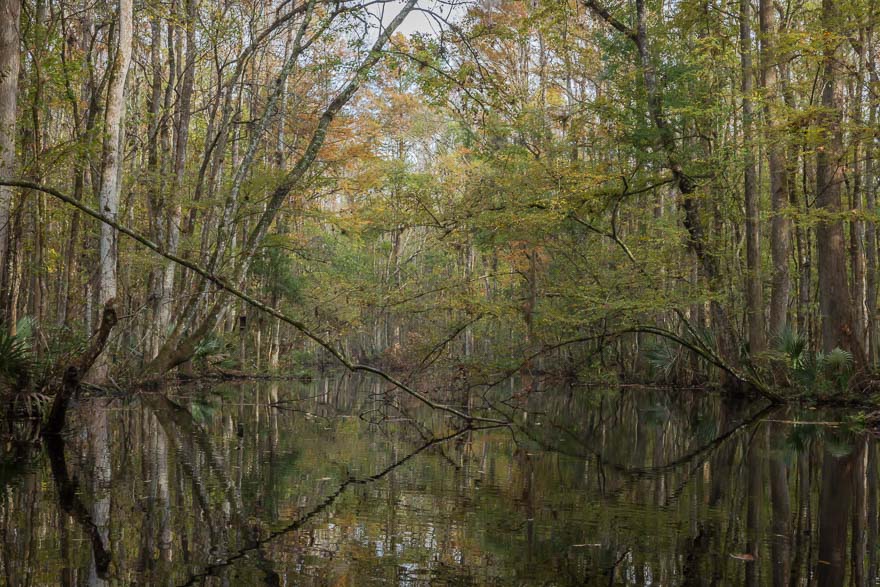 The turnaround on Julington Creek comes quickly and soon I was on my way home. Autumn has definitely left its mark on the landscape and I look forward to the changes ahead. 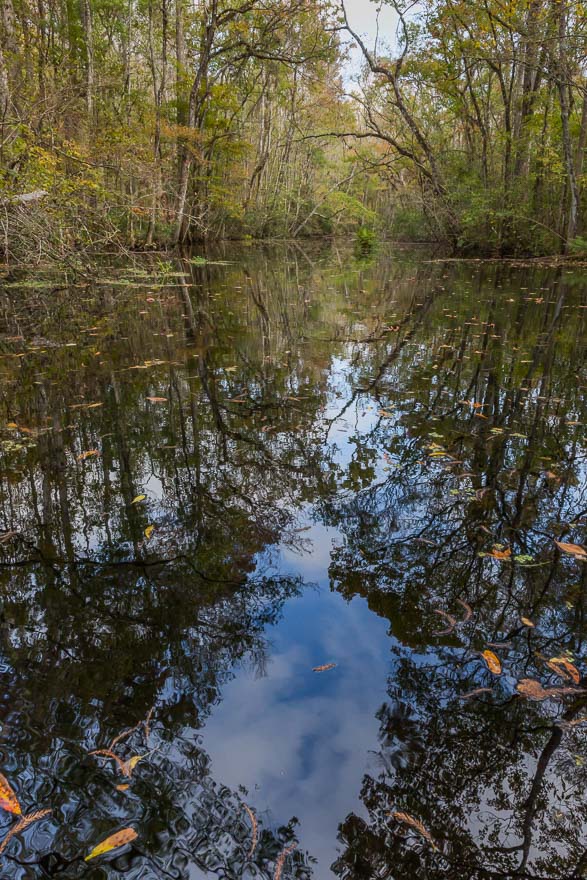